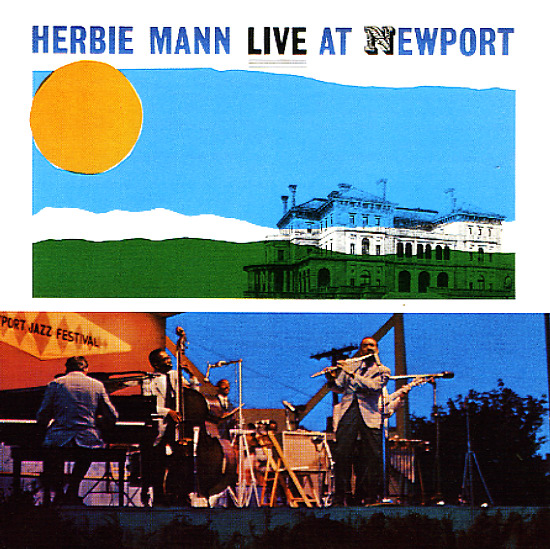 One of the grooviest 60s live albums from Herbie Mann – done in a style that's a bit different from the rest! Herbie cut many successful live albums for Atlantic, most of them with a hard wailing soul jazz groove – but this one's a nice batch of mellower bossa tunes, played at the Newport festival in Herbie's early love affair with the music, by a group that includes Dave Pike on vibes and Atilla Zoller on guitar. All tracks are long, and the groove is much more open-handed than on Herbie's studio bossa albums. Titles include "Garota De Ipanema", "Desafinado", "Samba De Orfeu", and the more soul jazz oriented tune "Don't You Know", written by bassist Ben Tucker.  © 1996-2022, Dusty Groove, Inc.
(75 Rockefeller pressing. Cover has a small cut notch and top corner wear.)