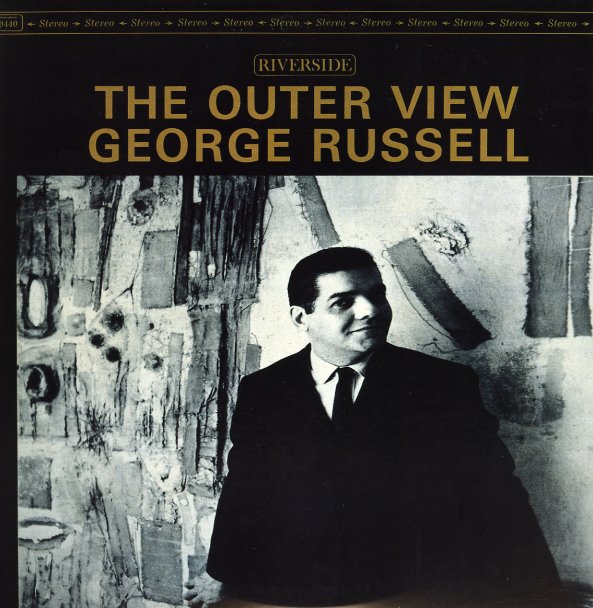 George Russell was always committed to exploring new territory – as he proves well on this hard to find album cut for Riverside during the early 60s! Russell's surrounded himself here with some great younger and lesser-known players – including trumpeter Don Ellis, trombonist Garnett Brown, tenorist Paul Plummer, bassist Steve Swallow, and drummer Pete LaRoca – as well as vocalist Sheila Jordan, who joins the group on a strange extended version of "You Are My Sunshine". The set contains 2 other loopy originals by Russell – "The Outer View" and "DC Divertimento" – as well as versions of Carla Bley's "Zig Zag" and Charlie Parker's "Au Prive".  © 1996-2023, Dusty Groove, Inc.
(Turquoise label Orpheum Productions pressing. Cover has light wear, but looks great overall.)

Thelonious Monk Orchestra At Town Hall
Riverside, 1959. Very Good
LP...$24.99
A unique large group effort from Thelonious Monk – but one that bristles with all the angular energy of his other great work for Riverside! The group here is a tentet – filled with excellent players who include Donald Byrd, Phil Woods, Pepper Adams, Eddie Bert, Robert Northern, and ... LP, Vinyl record album

Chet Baker In New York
Riverside, 1958. Near Mint-
LP...$24.99 (LP...$26.99)
Quite a great session for Chet Baker – one that has him recording in New York, with a hip lineup that includes some incredibly soulful players! The tunes on the set feature Chet in either quartet or quintet formation – working with Johnny Griffin on tenor, Al Haig on piano, Paul ... LP, Vinyl record album