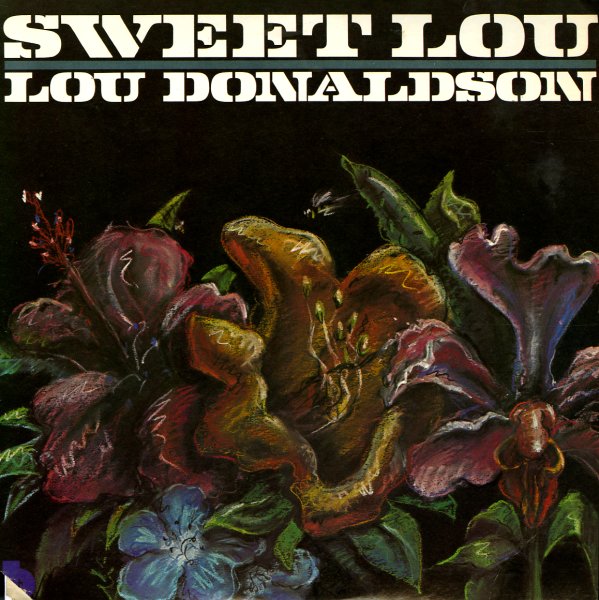 Sweet Lou, but funky Lou too – a perfect blend of modes that makes for one of Donaldson's last great albums for Blue Note! The set's got some fuller arrangements from Horace Ott – but given Ott's work in the indie soul world during the 60s, there's still a nice edge to the record too – a mode that blends Lou's alto sax with some electric grooves in the CTI/Kudu mode – yet still with plenty of respect for the soloist at the helm! There's a bit of female chorus vocals on the record – used in a hip way to underscore the chorus bits on some of the more soulful tunes – and Donaldson almost does a Stanley Turrentine bit on the ballads, by blowing these soulful lines that sound surprisingly great in the modern setting. Rhythm features Pretty Purdie on drums, Cornell Dupree on guitar, and Horace Ott on keyboards – and titles include the funky classic "Peepin", a remake of the earlier "Herman's Mambo", and a sweet take on Bobby Womack's "You're Welcome Stop On By" – as well as the cuts "Hip Trip", "Lost Love", and "if You Can't Handle It Give It To Me".  © 1996-2021, Dusty Groove, Inc.
(Cover has a cut corner and some surface wear. Vinyl has cosmetic sleeve marks that do not affect play.)

Forgotten Man
Timeless (Netherlands), 1981. Very Good
LP...$9.99
A tight quartet set from the great Lou Donaldson – cut in the early 80s and his first set for the Timeless label! Donaldson is of course unforgettable, always sounding his finest in quartet form – here doing his thing with passion with Herman Foster on piano, Geoff Fuller on bass and ... LP, Vinyl record album

Sophisticated Lou
Blue Note, 1973. Very Good+
LP...$13.99
A really unique album for Lou Donaldson – especially for his early 70s run on Blue Note! The session lives up to its title by offering up a batch of soulful ballads from Lou – tunes that really focus on his sweet lines on alto, yet set amidst some larger backing arranged by Wade Marcus ... LP, Vinyl record album

Street Lady
Blue Note, 1973. Very Good Gatefold
LP...$39.99
A landmark album by Donald Byrd – the first one where he really started to click with jazz-funk producer Larry Mizell! Mizell and Byrd had worked together previously on the Black Byrd album – a soaring bit of futuristic jazz funk that took Byrd's career to a whole new level – but ... LP, Vinyl record album

Doin' Allright
Blue Note, Early 60s. Very Good+
LP...$34.99
Doin Allright? Dexter's doing great on this one – working with that fully mature Blue Note sound of his – a rich approach to soloing that keeps the tracks cooking with excitement! The group on the set's an all-star lineup that includes Freddie Hubbard on trumpet, Horace Parlan on ... LP, Vinyl record album