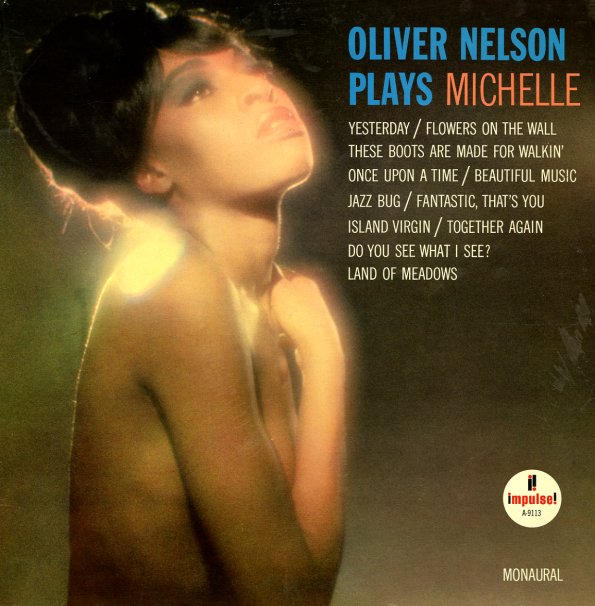 Very groovy stuff! Although the bulk of the material on this album is "pops meet jazz", in the hands of Oliver Nelson, it's transformed into something wonderful – with just the right blend of jazz to keep things lively. The arrangements have a nice off-kilter sound that works well with Nelson's strong reed performances – and tunes include "Jazz Bug", "Yesterday", "Flowers On The Wall", "Boots Are Made For Walkin", and "Beautiful Music".  © 1996-2022, Dusty Groove, Inc.
(Rainbow label stereo pressing with Van Gelder stamp.)

Afro/American Sketches
Prestige, 1961. Very Good
LP...$9.99
One of the first larger concept albums from Oliver Nelson – and a set that really marked a strong step forward as a jazz arranger! The album is one long suite – as you might guess from the title – with righteous themes that deal not just with rising independence in postwar Africa ... LP, Vinyl record album