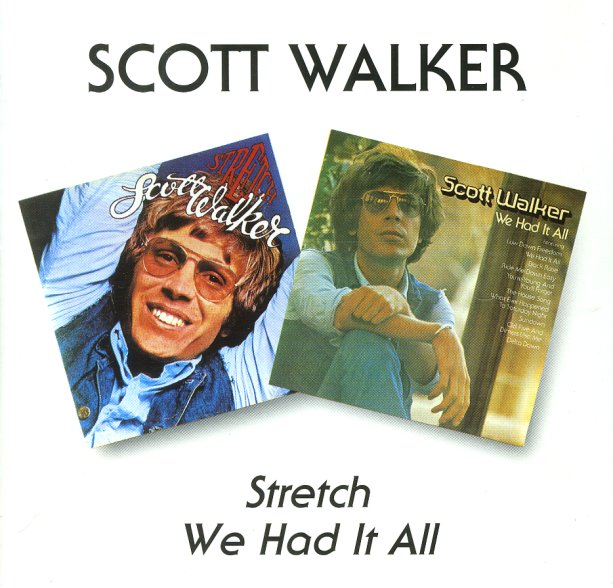 A pair of great early 70s efforts from the always unpredictable Scott Walker – 1973's Stretch and We Had It All from '74! Both records are Scott's tribute to modern country, with songs written by Jerry Reed, Tom T Hall, Billy Joe Shaver and others like that, along with tunes by writers Scott had covered before, such as Randy Newman and Jimmy Webb. Stretch may have seemed like a pretty remarkable creative stretch from the kind of haunting emotionalism and soaring, darkness-tinged pop of his earlier solo efforts, but there's a pretty direct line in some ways. His inimitably expressive voice carries the mood, with folksier touches to the songcraft and production paired with the occasionally lusher strings and other grand touches. We Had It All has a similar vibe, with Scott pulling off touching country balladry and rollicking stripped down jams just as well. 21 tracks in all: Sunshine", "Just One Smile", "Use Me", "Where Love Has Died", "Low Down Freedom", "We Had It All", "What Ever Happened To Saturday Night", "Old Five And Dimers Like Me", "Delta Dawn" and more.  © 1996-2021, Dusty Groove, Inc.