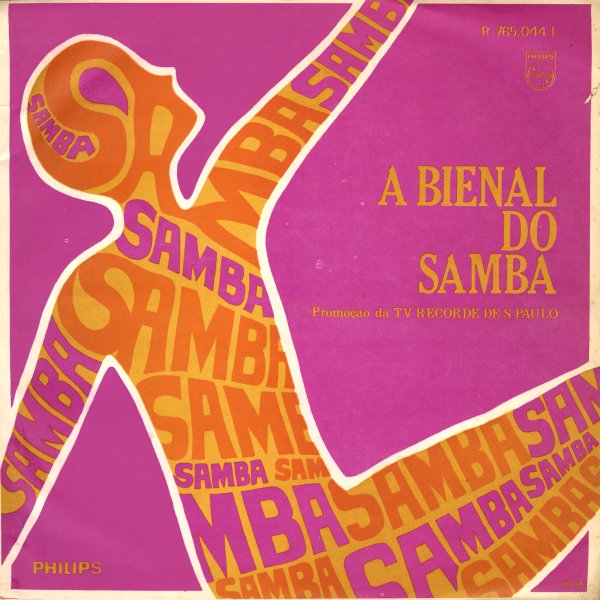 A Bienal Do Samba

A wonderful album of tracks that show how far the samba sound had evolved by the Tropicalia era! The set was put together for a TV show in Sao Paulo – and it features a bunch of great work that you won't find elsewhere! The lovely Marilia Medalha contributes 2 great tracks – "Pressentimento" and "Luandaluar"; Elis Regina sings "Lapinha"; MPB4 perform "Quem Dera"; the soulful Jair Rodrigues sings "Coisas Do Mundo, Minha Nega" and "Canto Chorado"; and Edu Lobo and Marcia duet on "Rainha Porta-Bandeira". Also includes work by Paulo Marquez, Jose Ventura, and Arlete Maria – and comes packaged in a great cover!  © 1996-2022, Dusty Groove, Inc.
(Original pressing. Cover is missing the plastic outer wrap. Vinyl has a click on one track.)