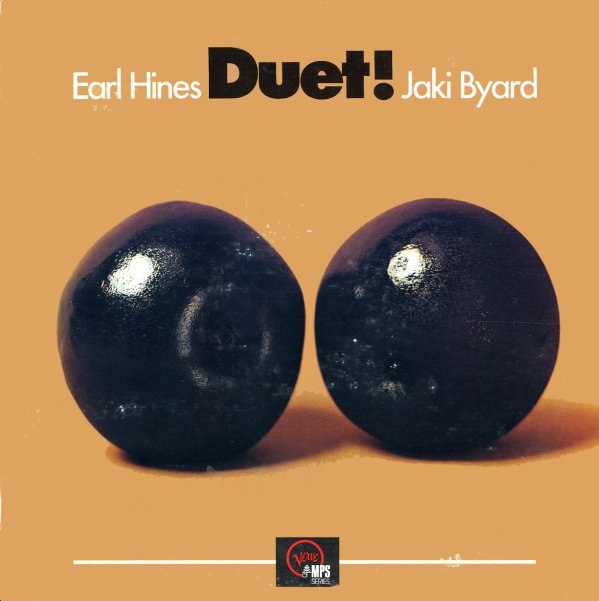 Jaki Byard proves that he's a pianist steeped in rich tradition – capable of reaching back to shake hands with the style of traditionalist Earl Hines, and clever enough to insert a dash of his own modernism into Hines' own style. Most tracks are done as piano-only duets – but a few on the album feature either Byard or Hines playing solo. Titles include "A Toodle Oo, Toodle Oo", "Rosetta", "La Rosita", "As Long As I Live", and "This Is Always".  © 1996-2021, Dusty Groove, Inc.
(US Verve/MPS pressing.)