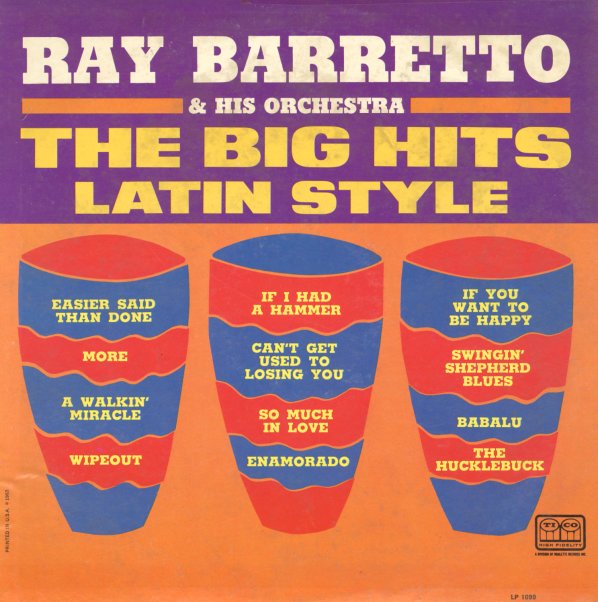 Great stuff from Ray! Despite the title, which makes the record sound like a sell-out, the album's actually a killer batch of instrumental Latin versions of pop hits – all done in a tight edgey style that sounds a lot like the work on Ray's classic Charanga Moderna album! You may know the songs, but the arrangements of the material are very different than what you'd expect – as you'll hear on the cuts "Easier Said Than Done", "Wipeout", "Enamorado", "So Much In Love", "A Walkin Miracle", and "Can't Get Used To Losing You".  © 1996-2021, Dusty Groove, Inc.
(Heavy 60s pressing! Vinyl has a short click in one spot, but is very nice overall – and cover has a bit of tape on the top seam, but is nice too.)

Latin Percussion With Soul
Tico, 1968. Sealed
LP...$34.99
An obscure little album from Jack "Mr Bongo" Constanzo – his only entry into the Latin Soul genre, and a really nice batch of grooves! Jacko's working here with singer Gerrie Woo – who sings in English on about half of the album's tracks, giving the set a nice pop-styled ... LP, Vinyl record album