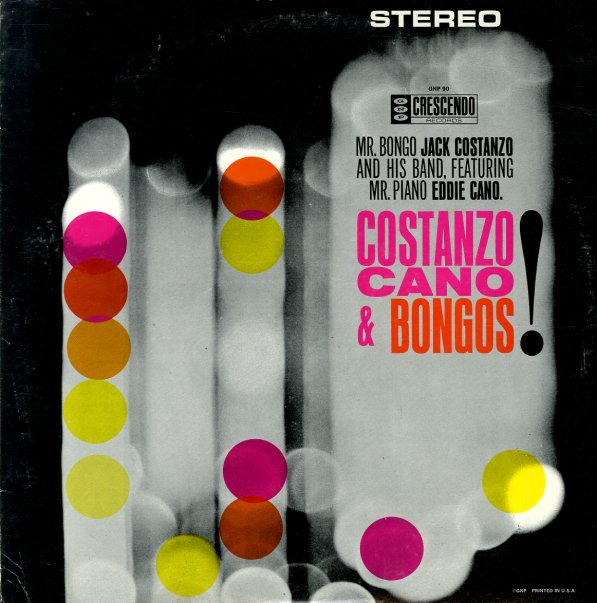 Firey Latin jazz material from two of LA's biggest proponents of the music! Jack "Mr. Bongo" Costanzo leads the group – and Eddie Cano joins in on some guest piano that's way better than any of his early 60s work for other labels. Pretty nice, if a bit restrained time-wise, thanks mostly to Costanzo's bongos! Titles include "La La La", "Bongo Festeris", "Aganiquito", "El Resbaloso", and "Coco May May".  © 1996-2021, Dusty Groove, Inc.
(Red label pressing with deep groove. Cover has some ring and edge wear, clear tape holding the top seam, and a 4 inch center split in the bottom seam.)