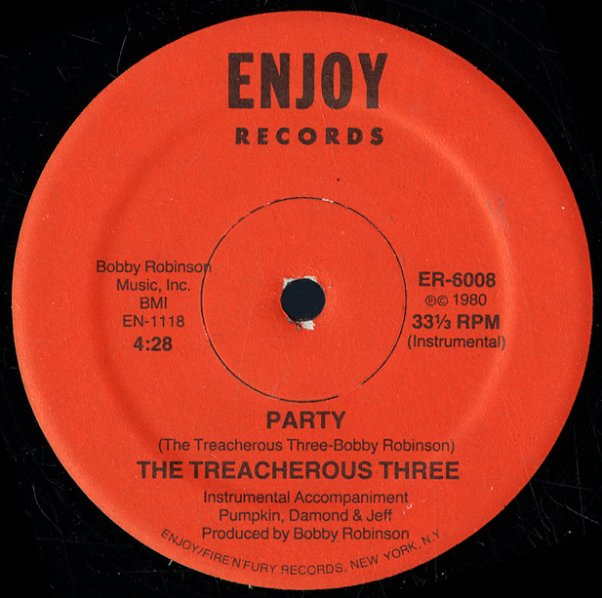 At The Party (voc)/Party (inst)

Exactly what the title leads you to believe – a massive party rocking number built up over a squelchy, synthy Robinson family rendition of the "Daisy Lady" break, with Kool Moe Dee, Special K and LA Sunshine tearing it up in their Treacherous old school sing song rap style!  © 1996-2022, Dusty Groove, Inc.
(Silver label pressing in an Enjoy sleeve.)