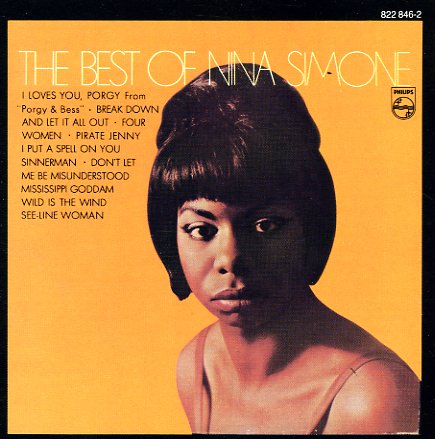 Righteous and soulful! The work that Nina Simone did at Philips is among some of her best work ever – and this set features 10 great cuts that aren't always that easy to find on wax. Includes the anthemic feminist classic "Four Women", the slightly-funky "Mississippi Goddam", the moody "Wild Is The Wind", the righteous "Break Down & Let It All Out", and the heavenly version of "I Loves You, Porgy", which just about surpasses all other recorded versions!  © 1996-2022, Dusty Groove, Inc.
(Black label stereo pressing. Cover has light wear.)