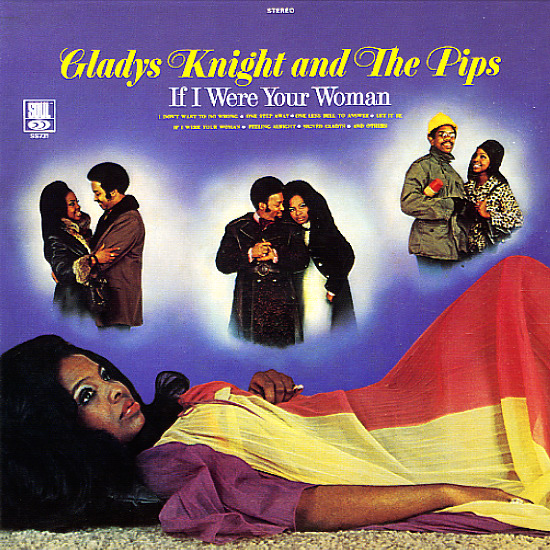 A new level of sophistication for Gladys Knight – and a record that opened the door to the mellower style that would break big for her in the 70s! The title cut is almost worth the price of the record alone – a slow-stepping, blue-tinged number that perfectly blends Knight's lead vocals and the warmer sounds of The Pips – but other tunes follow suit with an equally great sound – one that glows, grows, and flows beautifully as the album rolls on, and really sets the tone for a new sort of crossover vibe in the group. Titles include "If I Were Your Woman", plus "One Less Bell To Answer", "Here I Am Again", "Is There A Place (In His Heart For Me)", "Everybody Is A Star", "Your Love's Been Good To Me", "Signed Gladys", "One Step Away", and "I Don't Want To Do Wrong".  © 1996-2021, Dusty Groove, Inc.
(Original pressing. Includes the Motown inner sleeve. Cover has light aging and a cutout notch.)

Touch
Columbia, 1981. Very Good
LP...$4.99
Gladys Knight & The Pips sounding fresh and revitalized for the 80s on Touch from '81 – a batch of tunes both produced and penned by Ashford & Simpson! It's a pretty sweet mix of clean grooving, smoothed out soul gems and others with some strings and kind of bigger arrangements that ... LP, Vinyl record album

Visions
Columbia, 1983. Very Good
LP...$4.99
Sweet 80s groove from Gladys Knight & The Pips – just the kind of record that shows why the group kept going strong for so many years! The classic approach is still very firmly intact – Gladys' wonderful lead, soaring out over the Pips' warm harmonies – a vocal power that so ... LP, Vinyl record album

Neither One Of Us
SOUL, 1973. Very Good+
LP...$7.99
A key moment in the career of Gladys Knight & The Pips – and a record that opens the group up to a whole new sound for the 70s! When Gladys Knight started out as a raw R&B-ish singer in the early 60s, nobody would have expected her to have such staying power – and to become one ... LP, Vinyl record album