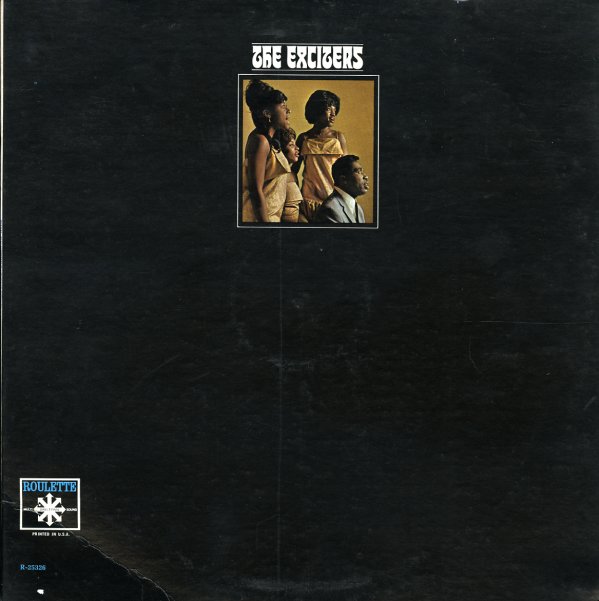 Although we don't normally dig some of the sweeter 60s girl groups, we love The Exciters! Lead singer Brenda Reid has one of the most amazing voices in soul music – filled with rough sexy tones that always grab our attention, even when the lyrics shouldn't – and this album's one of the group's rare few full-length recordings. The album was the group's first after leaving United Artists – where they had scored bit with their oldies hit "Tell Him" – and although that cut's not on this album, the record's probably an even more compelling batch of soul tunes than anything the group had previously recorded. Reid's lead vocals are sublimely backed by harmonies by two other ladies, and the nicely-placed baritone of Herb Rooney – and the styles run from uptown soul to mellower ballads. Tracks include "That's How Love Starts", "Something To Shout About", "I Knew You Would", "Run, Mascara", "My Father", "I Want You To Be My Boy", and "Are You Satisfied".  © 1996-2021, Dusty Groove, Inc.
(Still sealed! Cover has some light wear, and a cutout hole.)

More Than You Know
Steeplechase, 1975. Near Mint-
LP...$19.99
A very unusual set that has Dexter Gordon blowing with larger backings from Palle Mikkelborg! Titles include "Naima", "Tivoli", "Ernie's Tune", and "The Girl With The Purple Eyes". LP, Vinyl record album