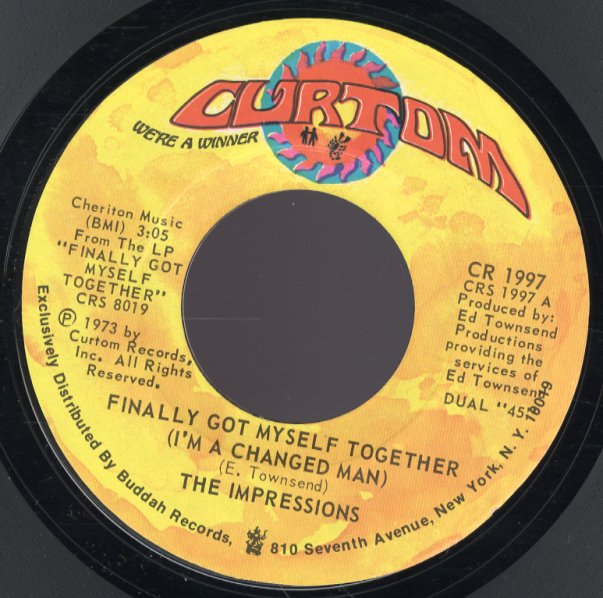 Finally Got Myself Together/I'll Always Be Here

Two great tracks from the album Finally Got Myself Together – a great later Impressions album that has a classic Curtom sound! The cut "Finally" has a sound that's a lot like the work that Curtis did with the Staples on "Let's Do It Again" – and "I'll Always Be Here" is a wonderful upbeat number, with that high-stepping Brunswick-styled Chicago groove!  © 1996-2021, Dusty Groove, Inc.
(In a wrinkled Buddah sleeve.)