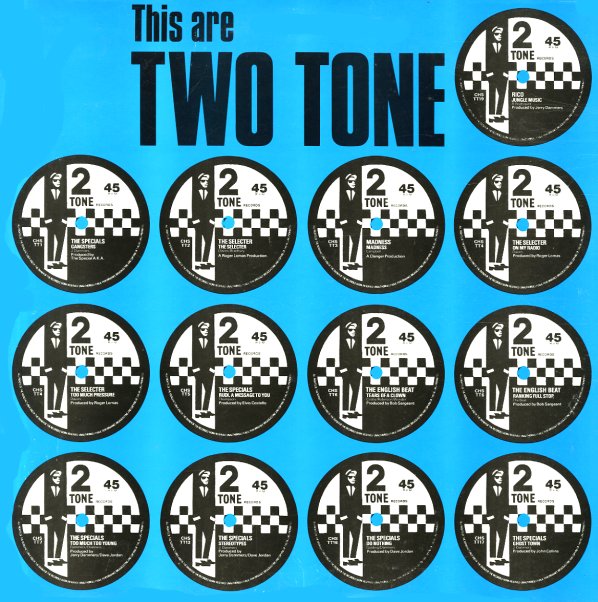 This Are Two Tone

Here's how most of the kids in America had to get their revivalist ska during the 80s! Classic stuff nearly all the way through – with the cuts "Gangsters" by The Specials AKA, "Jungle Music" by Rico, "Madness" by Madness, " On My Radio" and "Too Much Pressure" by Selecter, "Rankin Full Stop" by English Beat", and "Ghost Town", "Message To You Rudi", "Stereotype", "Do Nothing" by The Specials!  © 1996-2021, Dusty Groove, Inc.
(US pressing. Cover has some ring and edge wear, a sticker spot, and some light stains on back. Label has a sticker spot.)