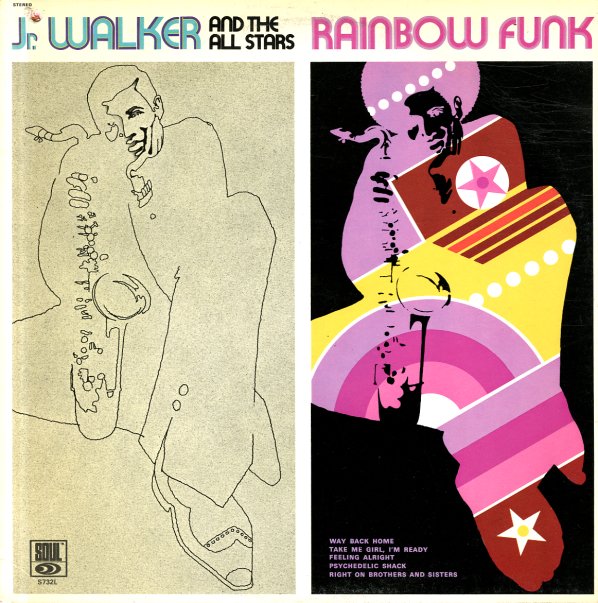 A record that definitely has Jr Walker & The All Stars picking up a bit of funk – but in a groove that still mixes things with that warmly soulful glow the group had right from the start! The basslines are definitely up a bit from before – although not rumbling in Norman Whitfield territory – and the sax solos get a bit more space to stretch out and bite on the longer numbers, but often with a bit of backing vocals to warm things up around the edges! Jr is great all the way through – Motown's very strong answer to King Curtis – and titles include "Right On Brothers & Sisters", "Way Back Home", "Feeling Alright", "Psychedelic Shack", "Pieces Of A Man", and "Teach Them To Pray".  © 1996-2022, Dusty Groove, Inc.
(Cover has light wear and some aging.)