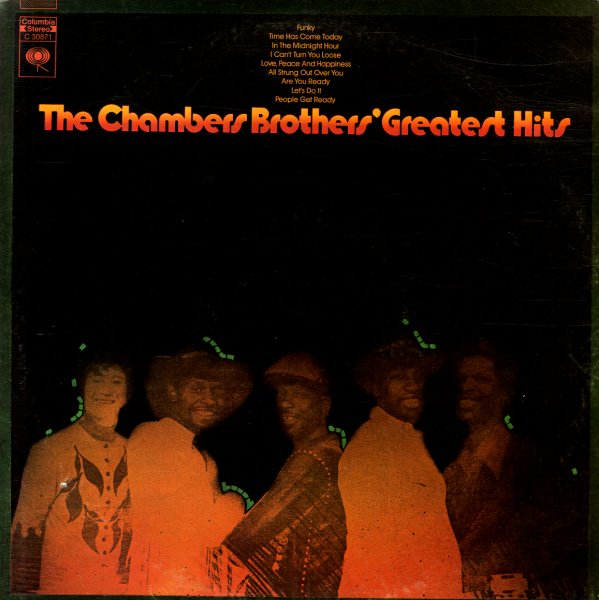 Heavy soul with a good dose of rock – the trademark sound of The Chambers Brothers, heard here during the height of their Columbia Records years! Although previously more of a folksy sort of combo, the group really took off during their time with Columbia – hitting whole new strides in their sound with a rich blend of contemporary influences, all supported by a deeply soulful sound that was rooted in tradition. The approach is heard most famously on their classic "Time Has Come Today" – but the whole set's great, and other cuts include the massively funky "Funky" – plus the tracks "Love Peace & Happiness", "Let's Do It", "In The Midnight Hour", "I Can't Turn You Loose", and "All Strung Out Over You".  © 1996-2022, Dusty Groove, Inc.
(70s pressing. Cover has light wear.)

Powerlight
Columbia, 1983. Very Good
LP...$6.99
The Powerlight is burning bright – Maurice White, Philip Bailey, and the rest of the group still very much in classic formation! Even on a post-70s set like this, Earth Wind & Fire still manage to come up with tracks that beat the rest of the ensemble funk groups that grew up in their ... LP, Vinyl record album

All By Myself
Columbia, 1987. Near Mint-
LP...$6.99
A sweet debut from soul singer Regina Belle – a nice dose of class and sophistication in the world of mid 80s R&B! Regina's got a well-developed style right from the start – the kind of poise that you might hear from someone like Phyllis Hyman, especially on the mellower cuts ... LP, Vinyl record album