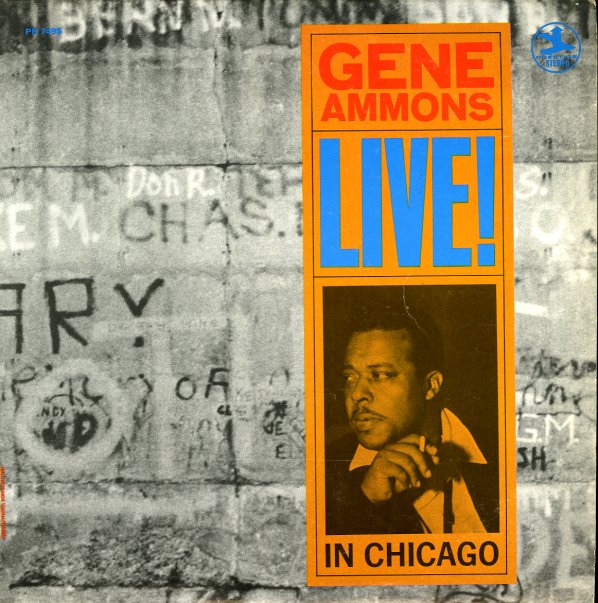 Killer live work from Jug – recorded during the early 60s in Chicago, with just an organ-based trio, and very much in the feeling of the best small-group lounge jazz shows of the day! The material is issued here in a 1967 version, its first release – but the grooves were recorded at the DJ Lounge in Chicago – at a time when Gene Ammons was turning out some very raw, rough-edged material! Organist Eddie Buster does a pretty darn good job of wailing away, and Ammons is in very different, very freewheeling form than on many of his other studio sessions from the time. Gerald Donovan is on drums – and titles include "Fast Track", "Foot Tappin", "Scrapple From The Apple", and "Jug's Blue Blues".  © 1996-2021, Dusty Groove, Inc.
(Blue circle logo label stereo pressing with Van Gelder stamp. Cover has some light stains on back along the opening.)