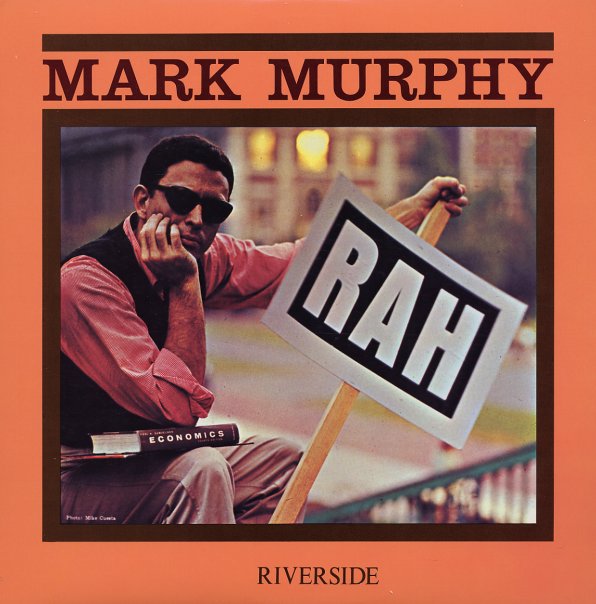 Great early work by Mark Murphy – a set that's different than the cool breeziness of his 70s work, and done with an approach that's a lot hipper than most of his 60s contemporaries! Ernie Wilkins handles the arrangements, and there's a rollicking soul jazz groove here that's a bit unusual for Murphy – but which makes for a nice change from his earlier work for Decca or Capitol. As with most of Mark's records, the tunes are very well-chosen, and go way past the obvious – a set list that includes Fran Landesman's great "Stoppin The Clock", Jon Hendricks' lyrics to Horace Silver's "Doodlin", Annie Ross' famous vocalese version of "Twisted", and hip takes on jazz standards "Green Dolphin Street", "Milestones", and "Out Of This World".  © 1996-2022, Dusty Groove, Inc.
(OJC pressing. Cover has light wear.)

Start Of Something
Capitol, Late 50s. Very Good
LP...$9.99
Quite possibly the greatest of Mark Murphy's early albums for Capitol – a heavily swinging set that features some great arrangements from Bill Holman, and Mark's classic version of the title tune – which he'd reprise nicely in years to come! The album's got Murphy in great west coast ... LP, Vinyl record album

Satchmo & Me
Riverside, Early 60s. Near Mint-
LP...$29.99
Interesting stuff, if not the kind of record you'd put on every day. The album's an interview with Louis Armstrong's wife Lil, and she talks at length about her famous days in the early years of jazz. Segments include "The Young Louis", "Early Life In Chicago", "Return To ... LP, Vinyl record album