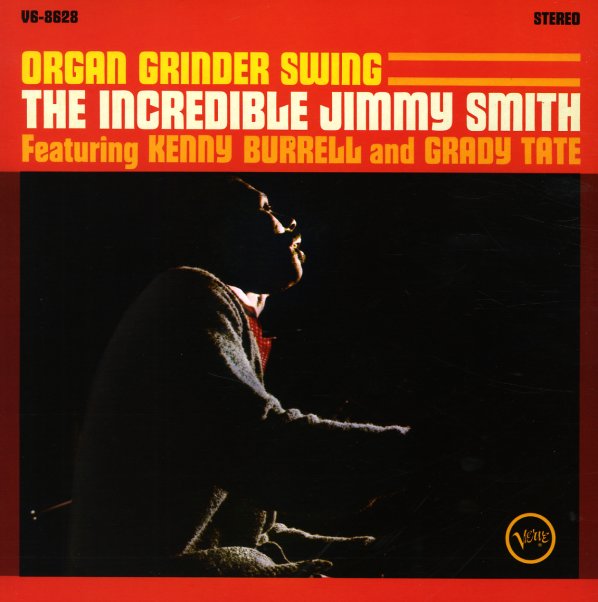 No hokey organ grinder here – no monkey on a leash, begging for change on a street corner – just a smoking little trio session that stands as one of the best records that Jimmy Smith ever recorded for Verve! The album's got a groove that's similar to Jimmy's early years at Blue Note – long, stretched-out tracks – played by a trio that features Kenny Burrell on guitar and Grady Tate on drums, with lots of room left for Jimmy to cook up mighty solos on the Hammond! There's loads of little twists and turns that make the session shine nicely – and titles include "Oh No, Babe", "Blues for J", "Greensleeves", and "The Organ Grinder's Swing".  © 1996-2021, Dusty Groove, Inc.
(MGM pressing with Van Gelder stamp. Cover has light wear with a name in marker along the bottom seam.)