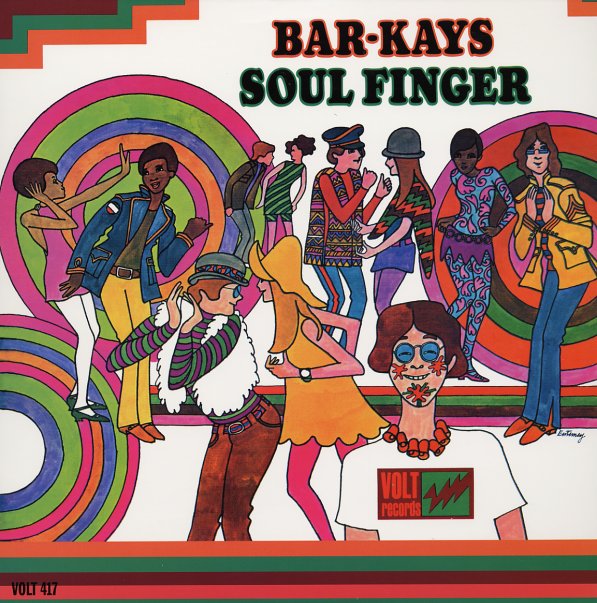 One of the best instrumental records to come out of Memphis, and a real kicker by the funky band that went down with Otis Redding in the tragic plane crash in 1968. The leadoff track is the group's amazing hit "Soul Finger", a stormin' instrumental with a wailing brassy sound that influenced a generation with its "charge" kind of groove. Lots of other nice ones, too – like "Bar-Kays Boogaloo", "Knucklehead", "Theme From Hell's Angels", and "Pearl High". The best of the best of Stax helped out, too!  © 1996-2022, Dusty Groove, Inc.
(Recent reissue pressing.)

New Beginning
Volt, 1973. Near Mint-
LP...$24.99
Sort of a comeback album for The Mad Lads, and one that has their southern vocal group style hitting a style of production that's a bit more way out than that on some of their 60's recordings. The album's a nice one – with these arrangements by Dale Warren that are a bit mad, as you could ... LP, Vinyl record album