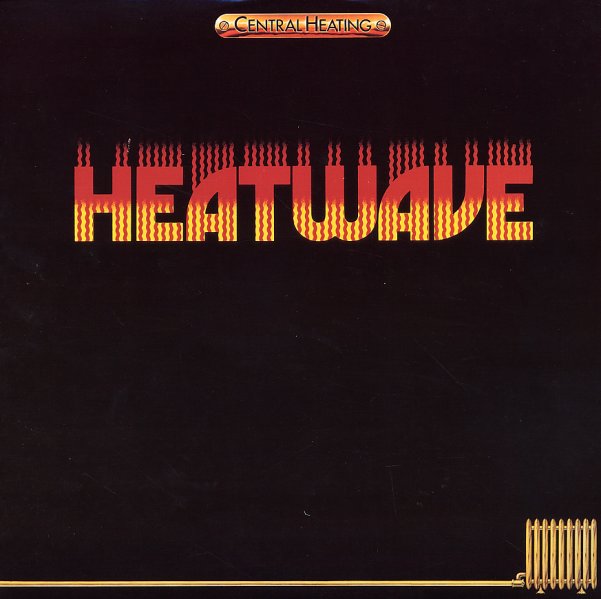 The second album by Heatwave – and a great effort that's almost as perfectly sublime as the first! Despite their UK origin, these guys really give American late 70s soul a run for its money – hitting in a sweetly compressed sound that fuses the vocals, keyboards, and grooves together wonderfully! The album hits equally well on all burners – with some key mellow cuts, and a few funkier upbeat numbers. Titles include loads of classics – like "Mind Blowing Decisions", "Star Of A Story", "Groove Line", "Send Out For Sunshine", and "Leavin For A Dream".  © 1996-2022, Dusty Groove, Inc.
(Cover has an unglued top seam and light wear.)

Inner Feelings
Epic, 1982. Near Mint-
LP...$5.99
Great early work from Billy Ocean – a smooth album of understated groovers, all done in a style that's nicely retrained, and which places a good focus on Billy's great vocals! Most of the record skips along in a warm mellow groove – never too over the top, and in a way that makes us ... LP, Vinyl record album

Destiny
Epic, 1978. Near Mint- Gatefold
LP...$16.99 (CD...$3.99)
A heavy groove and a heady title that points the way towards Michael Jackson's soon-to-be legendary solo career – all served up in a batch of tracks that resonate nicely with the Off The Wall groove! The sound here really isn't disco or club, but it's a nicely upbeat groove that shows The ... LP, Vinyl record album

Evergreen
Epic, 1974. Very Good+
LP...$14.99
A surprisingly great album by Booker T – recorded after his Memphis years with The MGs, and his duets with Priscilla – and done in a sweetly mellow style that has Booker emerging as a whole new style of songwriter! As with all the post-MG albums, Booker sings lead vocals on all tracks ... LP, Vinyl record album

It Takes Two
Epic, 1985. Near Mint-
LP...$14.99
Probably the biggest album ever from the brother/sister team of Katreese and Jerry Barnes – working here as Juicy, in a sweet smooth 80s groove style that's mighty nice! Deodato produced the album, and it's similar to some of the other soul material he was handling in the 80s – slick ... LP, Vinyl record album

Small Talk
Epic, 1974. Near Mint-
LP...$14.99
Sly's still doing pretty nice for himself in 1974 – with a sound that's perhaps a bit warmer than on the early records, but still nice and soulful – and peppered with a good dose of funk! The groove is really great on the set – bubbling with a more "deep down" feel than ... LP, Vinyl record album