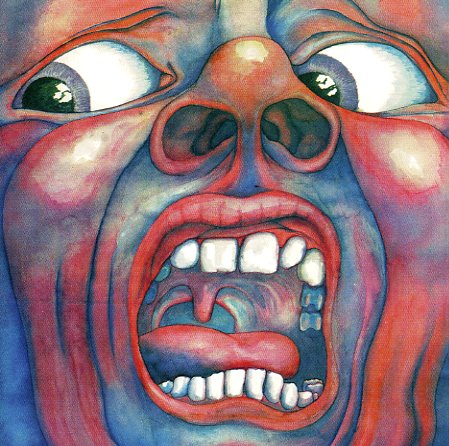 Also available
King Crimson — In The Court Of The Crimson King ... CD 7.99

An album so heavy, it blew plenty of minds when first released at the end of the 60s! This set's the first-ever utterance from the King Crimson empire – the initial outing of the group, which featured Greg Lake on vocals, and lots of airy, darkly atmospheric guitar from the legendary Robert Fripp! The song structure is quite unusual – and the overall feel is less academically tangled than some of the later records – a feature that makes this album much more sought out by mainstream rockers looking for an intro to the group than some of the later sets. Yet having said that, there's also a pretty amazing approach here – somewhat obtuse, and definitely not looking for any radio edit hits – more just magical musings from a very unique ensemble. Peter Sinfield contributed the lyrics, which are sung by Lake – and Michael Giles handles drums and percussion, while Ian MacDonald plays flute, sax, keyboards, and more. Titles include "Moonchild", "21st Century Schizoid Man", "I Talk To The Wind", "Epitaph", and "Court Of The Crimson King".  © 1996-2021, Dusty Groove, Inc.
(Early 80s Mexican pressing. Textured cover is in nice shape!)