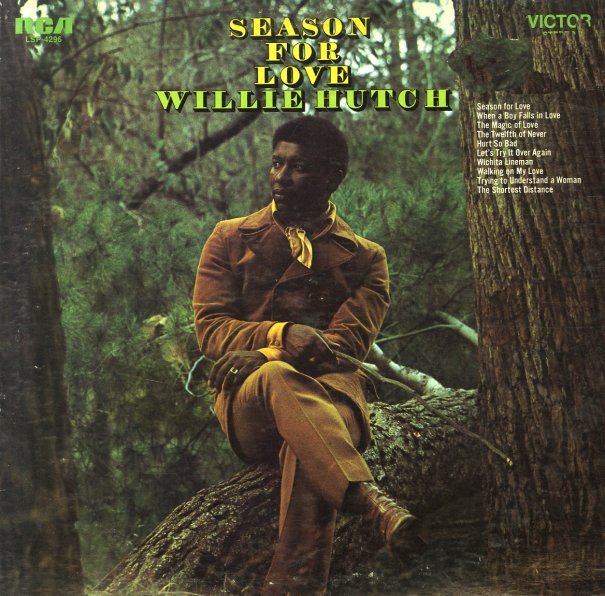 Early work from the great Willie Hutch – a set that's different than his more famous Motown music of the 70s, but which already shows a nicely ambitious approach! Willie's a warmer, sweeter-voiced singer here – working through some great original tunes of his own, plus a few well-chosen classics – all in a mix of soul and strings that definitely grooves, but which could also have gotten Hutch some bigger exposure in the larger music world as well. A few numbers are almost more in a jazz vocal territory – or at least in territory of artists like Lou Rawls or Arthur Prysock – while others have the righteous energy of Willie's later sound too. The arrangements are by Rene Hall and Perry Botkin Jr – and titles include "Season for Love", "The Shortest Distance", and "Trying To Understand A Woman", plus covers like "Hurt So Bad" and "Twelfth of Never".  © 1996-2022, Dusty Groove, Inc.
(Cover has small initials in marker on one corner, but looks fantastic overall.)