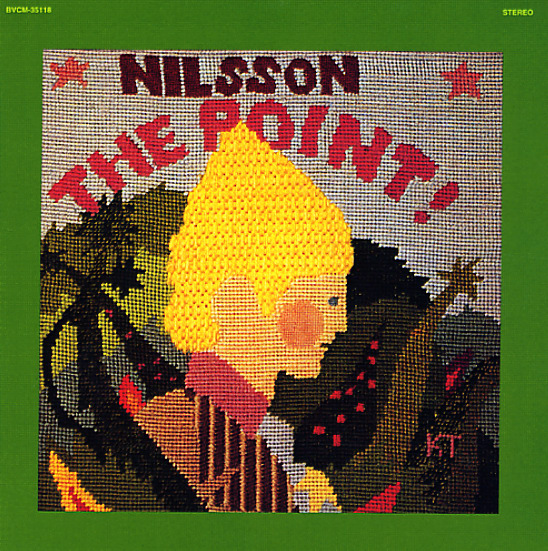 One of greatest moments of genius by pop vocals eccentric Harry Nilsson – the classic early 70s "story" album The Point – perhaps is most imaginative work! The Point is a weird tale of a kid whose head was differently shaped than the rest of his townsfolk (hey, we're not making this up!), which leads him to go on a Yellow Submarine-esque psychedelic odyssey to sort out his identity and feelings! In the end, everything ends up all happy and sweet, but not before Nilsson lays down some very cool, very groovy tracks over nice off-beat instrumentation arranged and conducted by George Tipton. Titles include "Everything's Got 'Em", "Me And My Arrow", "Poli High", "Think About Your Troubles", "Life Life", "Are You Sleeping?", "POV Waltz" and more.  © 1996-2021, Dusty Groove, Inc.
(Orange label pressing, includes comic book! Cover has light wear.)