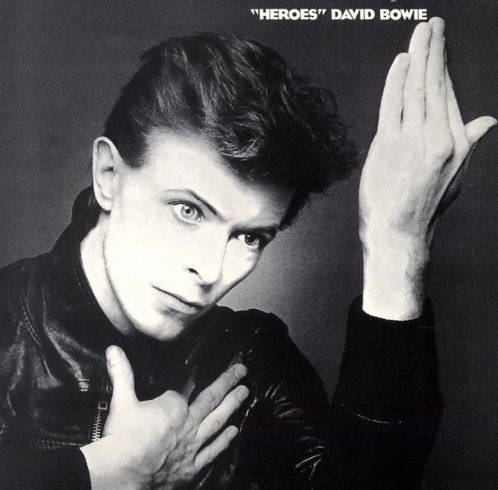 One of the three great collaborations between David Bowie and Brian Eno – and possibly the ultimate statement from his years in Berlin! The album's got some tunes that still show some of the guitar power of the early 70s Bowie – but it's also got some of the beautiful spacier moments brought forward on Low – and which are every bit the Brian Eno of Another Green World. The balance is beautiful – stark and dark on one half, then airy and spacious on the next – handled without any sense of gimmickry, and a bold mainstream experiment that still resonates strongly today. Titles include "Beauty & The Beast", "Joe The Lion", "Heroes", "Sons Of The Silent Age", "Blackout", "V-2 Schneider", "Sense Of Doubt", "Moss Garden", "Neukoln", and "The Secret Life Of Arabia".  © 1996-2021, Dusty Groove, Inc.
(Original black label pressing, AFL1-2522, with A-4/B-2 matrix and Sterling stamp. Includes the printed inner sleeve. Cover has light wear.)

Young Americans
RCA, 1975. Very Good
LP...$34.99
A brilliant soul album! That's right, we said SOUL album! Bowie was at the height of his Ziggy Stardust fame when this one was recorded – a drastic left-turn in styles, forged during a point in his American tour when he could take a break, head to Philly, plug in at the Sigma Sound Studios, ... LP, Vinyl record album