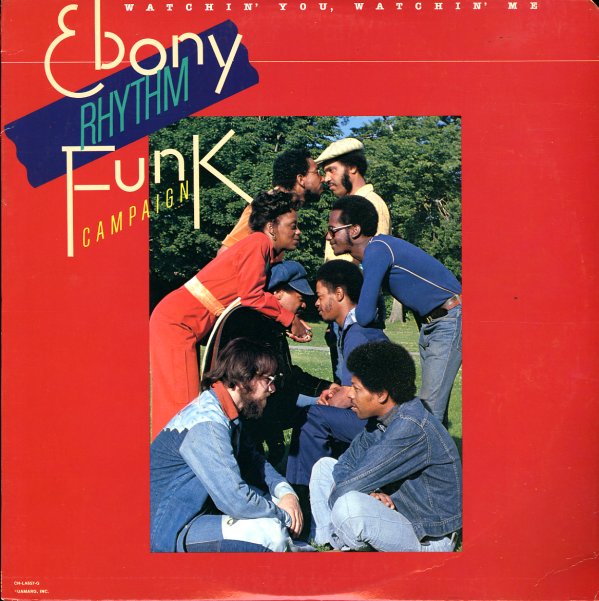 A perfect example of the old adage that the funkier the band's name is, the less funky their music will be! Not that the group's really that bad or anything – they're just not the all-out party jam you'd expect from an ensemble with "ebony" and "funk" in their name. The groove is more smooth funky soul than anything else, and the record was produced by Carl Davis for his Chi-Sound imprint, and it's got a similar sound to some of the other groups on the label, like Manchild. Tracks include "Jive Du Du", "You Got Me Rushin", "Where You Lead", "Syncopated Madness", and "Watchin You, Watchin Me".  © 1996-2021, Dusty Groove, Inc.
(Shrinkwrap is lightly shopworn. Cover has a cut corner.)

Future Star
United Artists, 1978. Very Good+
LP...$19.99
Nice second album by this band who's better known for their proto disco LP on Buddah. This one's got less of a disco feel, but it still has a sound that's mostly uptempo funk, with some good choppy grooves, and a few mellower soul cuts. Tracks include "Earl & Pearl", "Realize ... LP, Vinyl record album

Morning, Noon & Night
United Artists, 1977. Sealed
LP...$13.99
Uptempo funky soul, from this short-lived combo who recorded briefly for United Artists during the mid 70s. The group aren't exactly at the Kool & The Gang level, but they're sort of trying, although their sound's a bit slicker. Titles include "Bite Your Granny", "Le Joint" ... LP, Vinyl record album

Marvelous Marv Johnson
United Artists, Early 60s. Very Good
LP...$24.99
Early Detroit soul – by the great Marv Johnson, one of the first talents to be supervised by a young Berry Gordy! In fact, it could be said that everything Berry put into his work with Marv led to the formation of Motown – as Marv's mixture of smooth vocals and swinging soul really ... LP, Vinyl record album