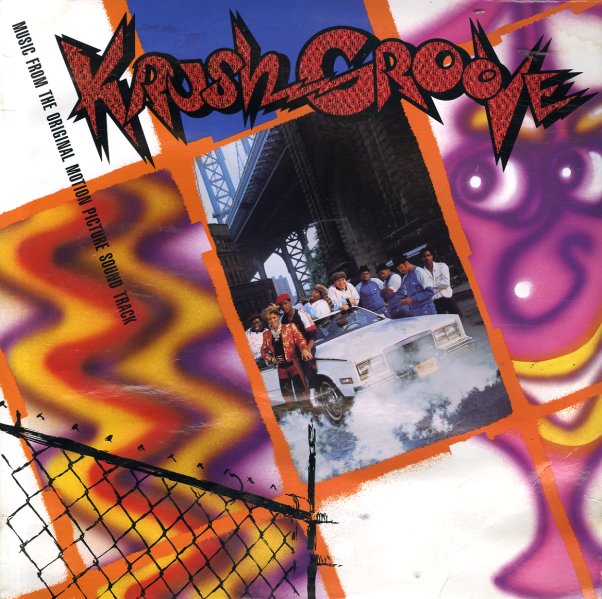 Not quite the Wild Style soundtrack, but still an early hip hop cinema classic – thanks to work from some of the bigger acts of the time! The movie's from a second generation of rap filmmaking – more narrative, less documentary – but over the course of years, the whole thing's come to stand as a great document of this moment in music – and in super-fresh style as well! Hip Hop tracks include "She's On It" by Beastie Boys, "I Can't Live Without My Radio" by LL Cool J, "If I Ruled The World" by Kurtis Blow, "All You Can Eat" by Fat Boys, and "Krush Groovin" by the Krush Groove All-Stars – which features Run-DMC, Fat Boys, Kurtis Blow, and Sheila E! Soul titles include "Krush Groove" by Chaka Khan, Love Triangle" by Gap Band, and "Tender Love" by Force MDs – and Debbie Harry shows her street soul chops on "Feel The Spin".  © 1996-2020, Dusty Groove, Inc.
(Cover has a promo stamp and hype sticker.)