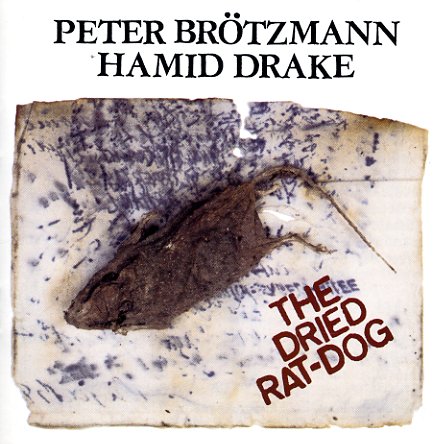 A record that seemed to open the music of Peter Brotzmann up for a whole new generation of listeners – in part because it features the European legend on an American label that got him some of the widest circulation he'd enjoyed here in years – and also in part because drummer Hamid Drake provides a very different foil for his music! The sound is almost an imaginary 70s meeting between the FMP and loft jazz scenes – with Hamid offering up these beautifully rich tones on standard drums, frame drum, and tablas – while Brotzmann blows tenor, alto, tarogato, and e flat clarinet – often with a sound that's searing, but more soulful than usual too – especially on some of the more spacious, open moments on the record. Titles include "It's An Angel On The Door", "Trees Have Roots In The Earth", "The Uninvited Entertainer", and "Dark Wings Carry Off The Sky".  © 1996-2021, Dusty Groove, Inc.