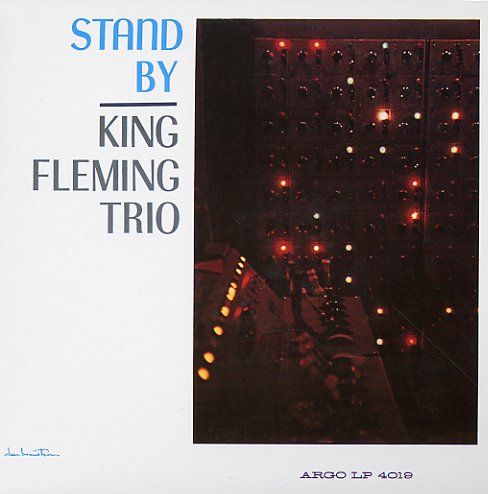 Incredible work from Chicago pianist King Fleming – a lost talent that had a key influence on more famous players in the scene, but who rarely got his due because he hardly left the Windy City! The set's got a really incredible feel – partly in the gentle groove of Ahmad Jamal, but also with one ear towards the more righteous rhythms that were coming into piano jazz during the 60s. A key element of the strength of the set is work in the trio by bassist Malachi Favors – working here years before his time with the Art Ensemble Of Chicago – and the set's also graced by some wonderful originals that show Fleming to be a heck of a great writer as well as musician! Titles include "Time Out", "Stand By", "On Green Dolphin Street", "Song Of Paradise", "Between The Toes", and "Lonely One".  © 1996-2021, Dusty Groove, Inc.
(Teal label stereo Argo pressing with deep groove. Cover has light wear. Vinyl plays with a short click on the tracks "Junction City Blues" and "Song Of Paradise".)