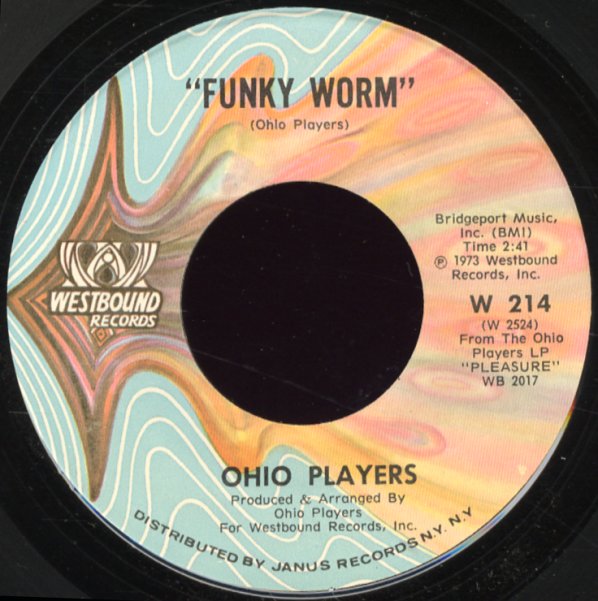 What can we say? "Funky Worm" is a bit of history – a great goofy funky track, and one that's been sampled more times than we can count! It's got the funky granny, nice moogy bits, and a great gimmick that we totally love! "Paint Me" has a great slow-funk groove, too!  © 1996-2021, Dusty Groove, Inc.
(With jukebox strips.)

You Want It You Got It/Till You Decide To Come Home
Westbound, Early 70s. Near Mint-
7-inch...$7.99
A real killer from the Detroit Emeralds – Westbound soul at its best! "You Want It You Got It" has a wonderful little groove – the kind of hook you can't deny, wrapped around some great group vocals, with some nice slightly psychedelic touches on production! 7-inch, Vinyl record