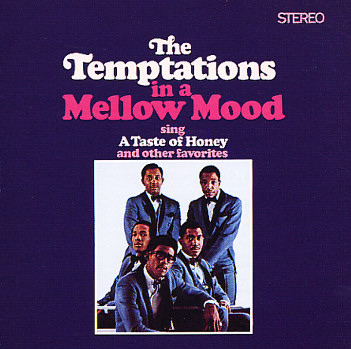 The Temptations in a mellow mood, but one that's still plenty darn swinging – thanks to some jazzy arrangements from HB Barnum, Oliver Nelson, and Don Costa! The groove here is more in a vocal group mode from years past – Temptations harmonies turned more towards standards and crossover classics – but there's still an undeniable Motown sound going on too, thanks to the vocal range of the group, and the way they handle these tunes! Titles include "A Taste Of Honey", "For Once In My Life", "Try To Remember", "The Impossible Dream", and "That's Life".  © 1996-2022, Dusty Groove, Inc.
(Original purple label Gordy stereo pressing. Cover has light wear and a slightly bent corner. Label has a name in pen.)