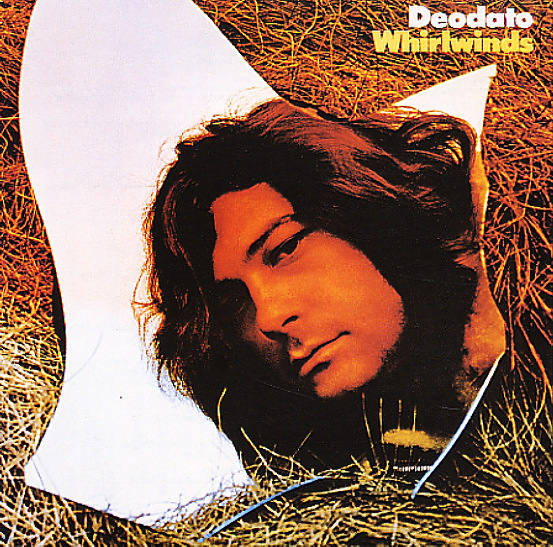 Sweet keyboard soul from Deodato – a set that steps off nicely from the strengths of his big hits on CTI, hitting a similarly flowing groove that's really great! The instrumentation here is a bit more expanded than before, but never in a way that buries the keyboards – and Deodato's right out front on a range of electric keys that get some great support from John Tropea's finely-honed work on guitar! Titles include "Havana Strut", "Whirlwinds", "West 42nd Street", and a nice cover of Steely Dan's "Do It Again". And heck, even the album's version of Glen Miller's "Moonlight Serenade" manages to come off like a funk tune!  © 1996-2022, Dusty Groove, Inc.
(Brazilian pressing. Cover has some surface and edge wear.)

Artistry
MCA, 1974. Near Mint-
LP...$5.99 7.99
A live set from Deodato – but one that's very much in the mode of his best CTI studio sessions – with soaring, over the top keyboard work that's totally great – backed by some tightly compressed guitar, bass, and drums, with just enough funk in the mix to keep things interesting! ... LP, Vinyl record album

Standing Tall
MCA, 1981. Very Good+
LP...$3.99
The Crusaders standing tall at the start of the 80s – getting great grooves from the lean trio of Wilton Felder on saxes and bass, Joe Sample on keyboards, and Stix Hooper on drums! The mighty Barry Finnerty handles most of the guitar solos here – although David T Walker also plays a ... LP, Vinyl record album

Street Life
MCA, 1979. Very Good+
LP...$8.99
One of our favorite albums ever from The Crusaders – a set that really sums up all the tightness they'd forged in the 70s, while still showing a new sense of soul and funk as well – expertly balanced with flawless LA production! The album may well be the group's equivalent of a Steely ... LP, Vinyl record album