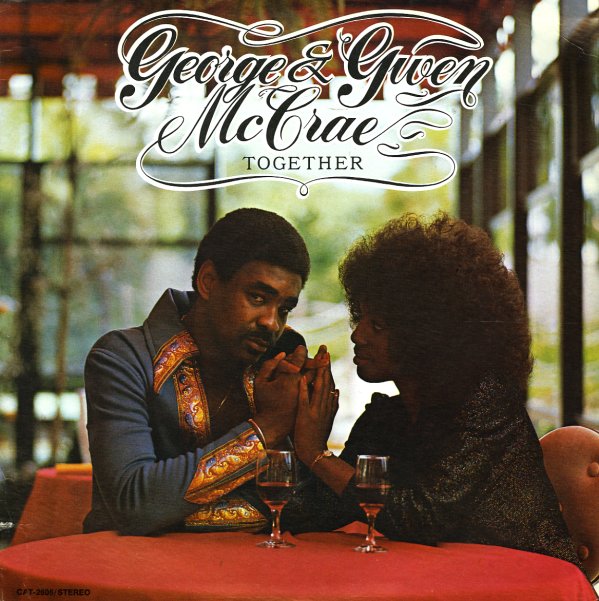 A Miami soul classic from the 70s – and a legendary pairing of George and Gwen McCrae – with results that soar past the individual work by the pair! Gwen's vocals are killer – deep, soulful, and still with the bite of her own TK albums – and the grooves here echo a bit more of George's world, but in a way that really makes for great interplay between the two singers – a back/forth sort of energy that pushes things away from any sleepy moments and throwaway tracks – and which also offers up a great 70s Miami take on the soul duo mode of the 60s. The record includes the wonderful "I'll Do The Rocking", plus "Mechanical Body", "Winners Together Or Losers Apart", "The Rub", "You And I Were Made For Each Other", "Let Your Love Do The Talking", and "I'm Coming At You".  © 1996-2022, Dusty Groove, Inc.
(Cover has some surface wear, moderate edge wear and lightly bent corners.)