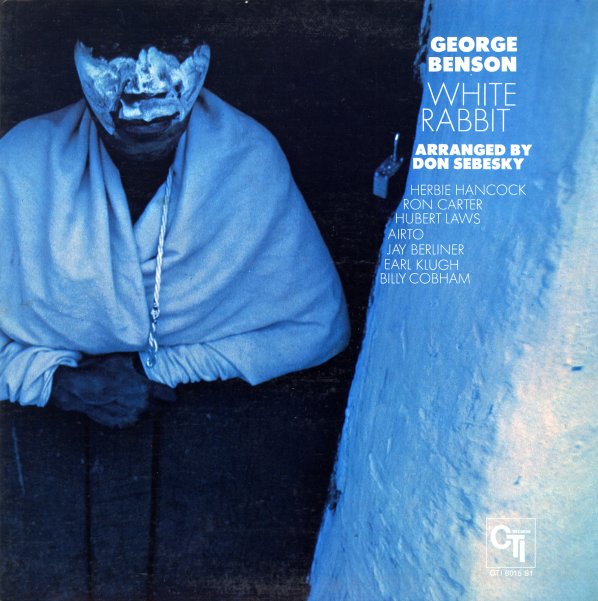 One of the moodiest sessions on CTI from the early days – and a landmark album that took George Benson from the funky jazz scene into the upper reaches of 70s jazz. The record was put together by Don Sebesky, and it's a lot more high concept than some of George's earlier work – and proof that he was a totally great player who just needed a push in the right direction to find his own vibe. Other players include Ron Carter, Herbie Hancock, and Airto – and titles include "California Dreaming", "El Mar", "White Rabbit", and "Little Train".  © 1996-2022, Dusty Groove, Inc.
(Mid 70s pressing, CTI 6015, with Van Gelder stamp. Cover has light wear.)

Good King Bad
CTI, 1975. Near Mint- Gatefold
LP...$6.99
Sweet 70s funk from George Benson – an album that's a bit smoother than some of his earlier work, but still free from the commercial polish of his later hits! Maestro David Matthews is at the helm for this session – and most numbers have a full backing from players who include some of ... LP, Vinyl record album

George Benson Cookbook
Columbia, 1967. Very Good
LP...$14.99 (CD...$11.99)
A great little record from the days before George Benson had totally hit his smooth jazz sound of the 70s, and was being pushed by Columbia as a hard wailing soul jazz leader! The record features his classic quartet with Lonnie Smith on organ – grooving away hard hard hard, sometimes even ... LP, Vinyl record album