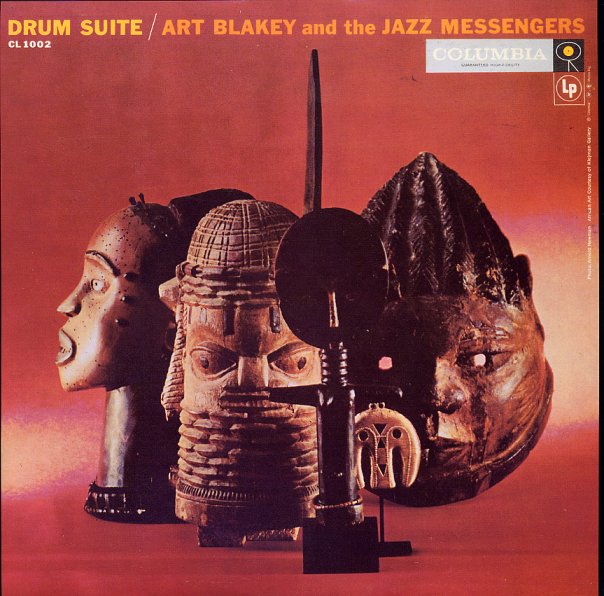 An incredible early experimental album from Art Blakey – one of the first to feature him in expanded percussion format! Side one of the album features the extended "Drum Suite" – a set of 3 tracks ("The Sacrifice", "Cubano Chant", and "Oscalypso") that has Blakey and Jo Jones on drums, joined by Sabu Martinez on bongos and Charles Wright on tympani and gong. Ray Bryant snakes some soulful piano through the set and Oscar Pettiford is on bass and cello – and the overall feeling of the side is similar to some of Blakey's work in the format for Blue Note – like the albums Afro-Drum Orgy or Holiday for Percussion. Side two has straight hard bop, played by Blakey's 1957 combo that included Jackie McLean and Bill Hardman – and the group grooves hard on a classic reading of "Nica's Tempo", plus the cuts "D's Dilemma" and "Just For Marty".  © 1996-2021, Dusty Groove, Inc.
(Mono 6 eye white label promo pressing with deep groove. Cover has light wear and a name in pen.)

Time Out
Columbia, 1959. Very Good
LP...$29.99 (CD...$2.99, CD...$8.99)
Easily the crowning moment of genius for the legendary Dave Brubeck Quartet – the moment when all things came together magically, and the group somehow elevated themselves to a whole new level in jazz! At the time of the set, Brubeck, Paul Desmond, and the rest had already been making plenty ... LP, Vinyl record album