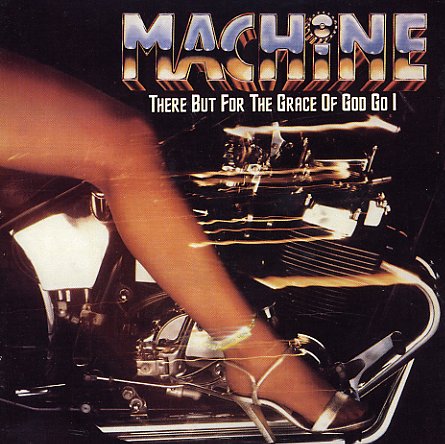 Incredibly great work from Machine – an album of disco tunes, but with a hipper, message-oriented feel than most of its contemporaries! The group will forever be known for their classic hit "There But For The Grace Of God Go I" – an infectious groover with a wild lyric about urban flight in the 70s – and they more than match the quality of that one with a host of other great tunes on the set that have a similar feel. Part of the credit should go to August Darnell, working here in a pre-Kid Creole way that throws in lots of jagged touches and some really wicked guitar to most of the tunes! Tracks include "There But For The Grace Of God Go I", plus "Mr. Destiny", "You've Come A Long Way Baby", "It's The Last Time Again", and "Marisa".  © 1996-2021, Dusty Groove, Inc.
(Cover has a split bottom seam and surface wear.)