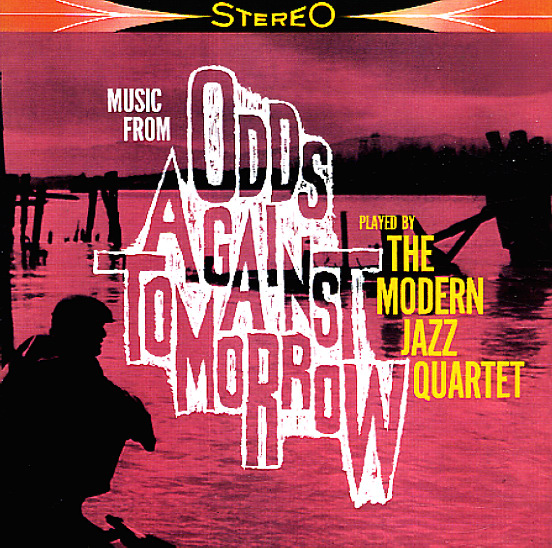 Music From Odds Against Tomorrow

A brilliant album through and through – not just a standout from the late 50s years of the Modern Jazz Quartet, but also a compelling soundtrack composed entirely by pianist John Lewis! Lewis' writing was always a key part of the group's sound, but here it really comes into its own – shaping out these dark, moody little scenes for the movies – which work equally well as little sound pieces on their own – still jazz, yet often moving towards something deeper and more evocative too! The vibes of Milt Jackson are a masterpiece in economy – ringing out gently and filling up the space with each movement they make – and titles include "Skating In Central Park", "A Social Call", "A Cold Wind Is Blowing", and "Cue #9".  © 1996-2022, Dusty Groove, Inc.
(Japanese King pressing, with obi – GXC 3136. Back cover has some light aging, but front is great.)