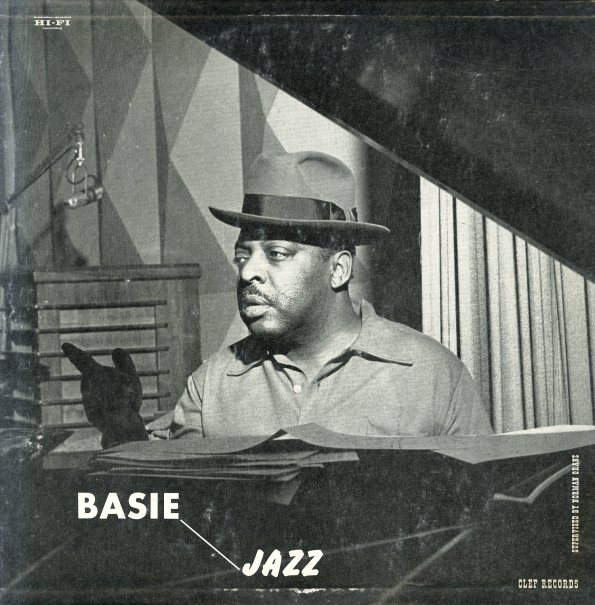 Great stuff from Basie's best years at Verve – featuring tight no-nonsense material that puts the Count firmly back on the map, handled with more care than his work had been receiving for years! Titles include "Bread", "Jive At Five", "Be My Guest", "No Name", "Redhead", "Blee Blop Blues", and "Tippin On The Q T".  © 1996-2021, Dusty Groove, Inc.
(180 gram WaxTime pressing.)

King Of Swing (aka Dance Session Vol 1)
Clef, 1953. Very Good+
LP...$14.99
A repackaged version of material from Count Basie's excellent Dance Session albums for Verve – no-nonsense albums that really get at the high-grooving side of the group, and which feature the kind of compelling and catchy tunes that always made them a favorite on the dancefloor! The Count ... LP, Vinyl record album