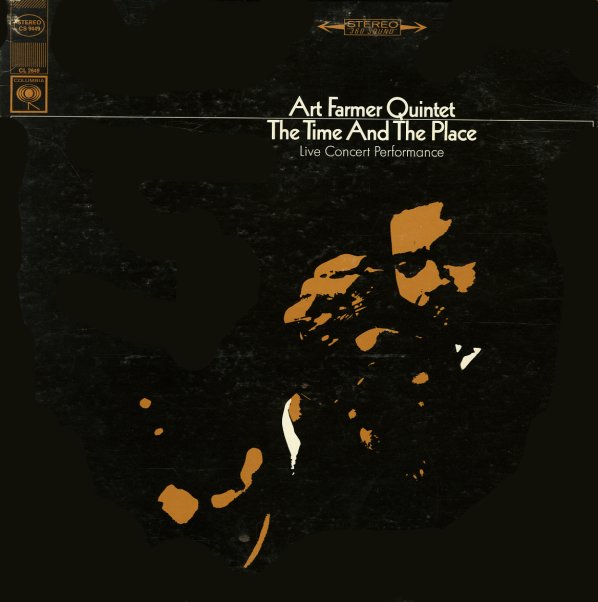 A tremendous document of a really wonderful group – a 60s ensemble that pairs the lyrical trumpet of Art Farmer with the sharp tenor of Jimmy Heath! The pair are completely sublime together – balancing out sound and soul with this amazing quality that's quite different both from Farmer's larger body of work, and from most sounds that Jimmy would do on his own (although at another level, the record does point the way towards the seminal Heath dates as a leader in the early 70s.) The rhythm section is a key part of the strength of the album – with Cedar Walton as an amazing bridge between the spirit of the two horn players – set up perfectly with Walter Booker on bass and Mickey Roker on drums. Art's got this edge that really stands out, but he also retains his majestic sense of lyrical beauty too. One of our favorites – with titles that include "One For Juan", "Nino's Scene", "Short Cake", and "The Time & The Place".  © 1996-2021, Dusty Groove, Inc.
(70s Japanese pressing on Sony – SOPZ 18 – with insert.)

Mingus Dynasty (Dutch pressing)
Columbia/Philips (Netherlands), 1960. Very Good
LP...$29.99
A late 50s classic by the great Charles Mingus – his follow-up to the seminal Mingus Ah-Um, and a set that's got a very similar flavor! As with some of Mingus' best material for Columbia, the album has him working with a slightly larger ensemble, but still holding onto the intensity of his ... LP, Vinyl record album