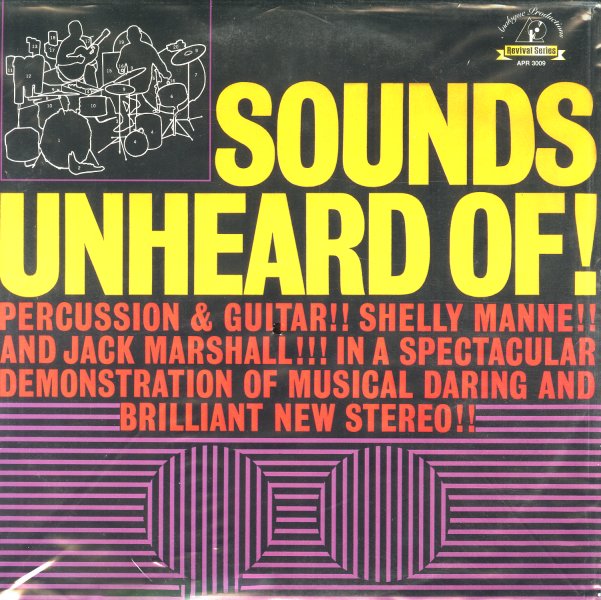 A very cool album that has Shelly Manne and Jack Marshall going nuts on a bunch of percussion, drums, and other odd instruments! Marshall mostly plays spare acoustic guitar, with some very nutty changes – and Manne proves that he's a very adept percussionist way past his usual west coast drumming style. Not the first album the pair cut together, but maybe the best, and with lots of nice cuts like "Poinciana", "By Myself", "Temptation", and "Night & Day".  © 1996-2021, Dusty Groove, Inc.
(Heavy black label stereo pressing with deep groove.)