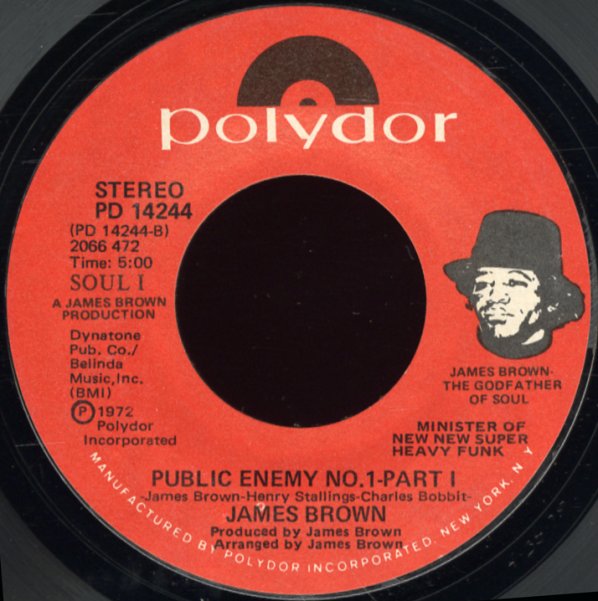 Nice stuff from James! "Public Enemy" is a wonderful track, with a long spoken monologue that shows a great side of James' progressive ideas. Nice message about heroin, and a good backing with a mellow feel. Even better is "My Thang", a nice hard funky track that's James' answer to "It's My Thing". It's great how angry he gets when someone else has a big funk hit, and it always seemed like he had to write his own version!  © 1996-2020, Dusty Groove, Inc.
(In a Polydor sleeve.)

Money Won't Change You/Try Me
Polydor, Late 60s. Near Mint-
7-inch...$4.99
"Money Won't Change You"s a great little number – begins with runaway drums, then settles into a cold-vamping rap about the power of money, and what it won't do! The cut's a perfect blend of funk and message – from the pen of James and always-great Nat Brown. "Try ... 7-inch, Vinyl record