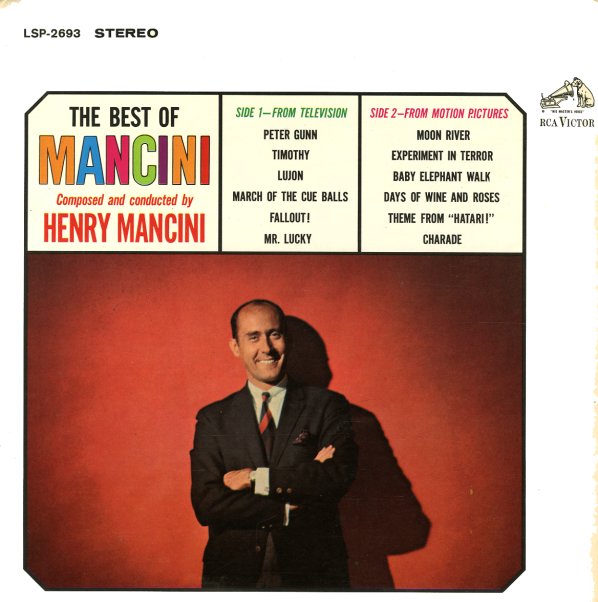 Strong compilation of some of his hits from the sixties. One side's got TV stuff – like "Mr. Lucky" & "March Of The Cue Balls" – the other's got film stuff – like "Experiment in Terror" and "Baby Elephant Walk".  © 1996-2022, Dusty Groove, Inc.
(Stereo pressing. Cover has a sticker on one corner and a number in pen on the back.)