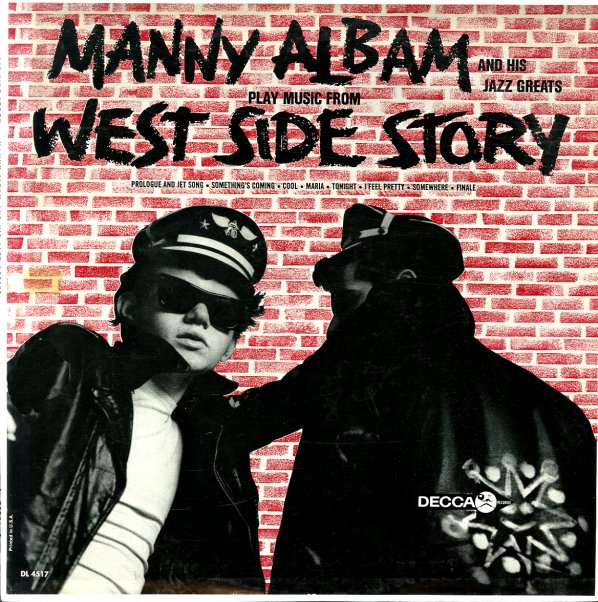 One of the many releases in the surprisingly successful semi-genre of "jazz meets West Side Story" albums that came out in the late 50s and early 60s. Albam actually does a pretty great job of opening up the jazzy changes in Bernstein's score, and it helps that he's got great ensemble players like Al Cohn, Gene Quill, Nick Travis, Bob Brookmeyer, and Frank Socolow. Titles include "Jet Song", "Cool", "Maria", and "Something's Coming".  © 1996-2021, Dusty Groove, Inc.
(Mono pressing.)