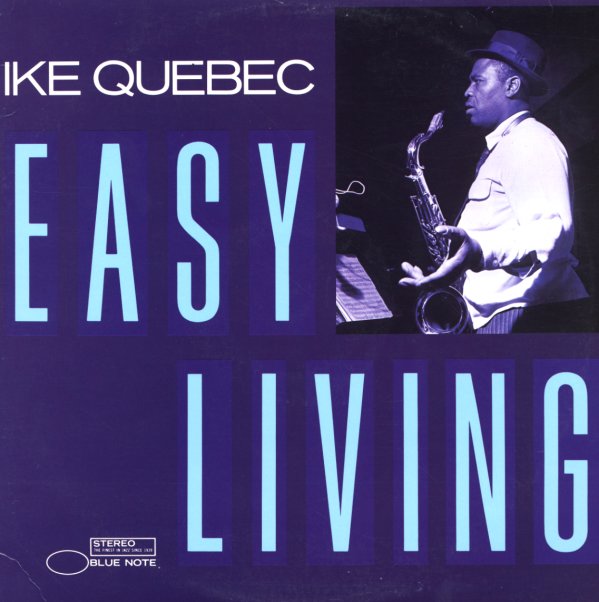 A killer set of work from this tremendous tenorist – rare sides, but titles that stand with his best classics from the time! Lost material that Ike Quebec recorded for Blue Note in the early 60s, but which wasn't issued until the 80s. A few of the tracks on the album were issued on the rare short-lived 1981 album Congo Lament, but this is the first time the tracks were brought together for the first time. Half of the material features a quartet with Quebec on tenor, Sonny Clark on piano, Milt Hinton on bass, and Art Blakey on drums – and the other half feature a larger group with Stanley Turrentine and Bennie Green added in. Overall, the larger group titles are a lot harder grooving than some of Quebec's other work – especially the titles "Congo Lament" and "Que's Pill". Other tracks have a nice mellow easy feel, with great gutsy tenor work from the master! Titles include "Easy Living", "Nancy", and "I've Got A Crush On You".  © 1996-2021, Dusty Groove, Inc.
(80s DMM pressing – in great shape! Cover has a small cutout hole in the corner, but is otherwise great.)

Easy Walker
Blue Note, 1966. Very Good-
LP...$39.99
An album of subtle genius and stellar soul from the great Stanley Turrentine – an over looked quartet date that plays with the sharper edge of some of his earlier work for Blue Note, but which also shows the growing sense of color and tone he'd picked up during the 60s! The group here is ... LP, Vinyl record album

One Night With Blue Note Preserved Vol 3
Blue Note, 1985. Near Mint-
LP...$11.99
A landmark concert from the mid 80s – one held to honor the resurrection of the Blue Note label, featuring a wealth of some of the best players for the label – from the 80s back to the 50s bebop years. This is the third of 4 LPs, issued both separately and in a box set format. This ... LP, Vinyl record album