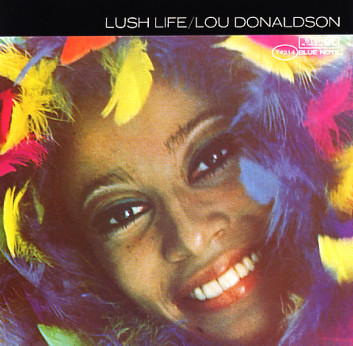 An unusual session from the heart of Lou Donaldson's return to Blue Note in the late 60s – a mellower date that stands in strong contrast to his funkier albums of the time! As you might guess from the title, there's a lusher feel going on here – one that has Lou's alto sax augmented by larger backings from Duke Pearson – who manages to score things perfectly with a balance of soul and sophistication. The album's hardly a "Donaldson with strings" date – and instead is done in the more mature mode that Duke was using in some of his own sides from the time, and on work with players like Donald Byrd or Stanley Turrentine. Other players here include Wayne Shorter on tenor, Pepper Adams on baritone, Jerry Dodgion on alto and flute, Freddie Hubbard on trumpet, and Garnett Brown on trombone – plus core rhythms from the trio of McCoy Tyner on piano, Ron Carter on bass, and Al Harewood on drums. Titles include "Sweet Slumber", "The Good Life", "Sweet & Lovely", "Stardust", and "You've Changed" – and the album was recorded in the 60s, it was only first issued in Japan in 1980 – and even then only later in the US!  © 1996-2020, Dusty Groove, Inc.
(75th anniversary pressing, sealed.)