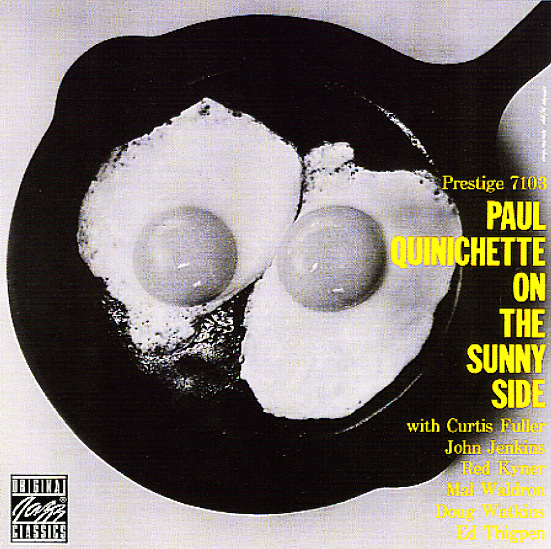 A perfect example of the great skill that Prestige had for taking a good ensemble player, and putting him into a context that really let him open up in a manner that brought his best points to light! In this case, Quinichette's plucked from Basie's group and put with a tight bunch of soulful players like Sonny Red, John Jenkins, Curtis Fuller, and Mal Waldron – all of whom are very well trained to handle this sort of pickup session well. Tracks are long, and titles include "Cool-Lypso", "Circles", and "Blue Dots".  © 1996-2021, Dusty Groove, Inc.
(80s OJC pressing, with obi.)

Kid From Denver
Dawn, 1956. Very Good+
LP...$29.99
Brilliant work from the "Vice Pres" – tenorist Paul Quinichette, stepping out here in one the best of of his all-too-few sessions as a leader! Paul's tone is amazing throughout – very much on a par with that of Ben Webster or Coleman Hawkins, and proof that his admission to ... LP, Vinyl record album