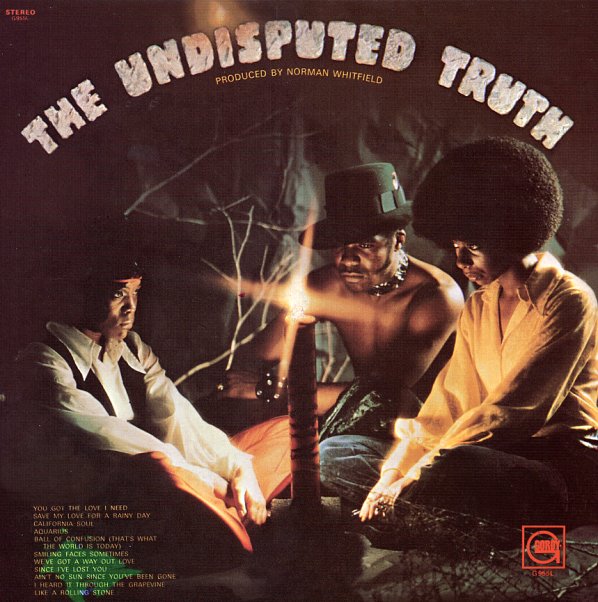 The amazing debut of Undisputed Truth – one of the coolest new Motown groups of the 70s – and one of the few that really continued the experimental legacy of the label in the late 60s! As with the Temptations during their psychedelic years, Undisputed Truth are handled by superproducer Norman Whitfield – who does a fantastic job of mixing deeper ideas and righteous themes with some of the soaring soul that was the Motown stock in trade – a wonderful blend that made these guys one of the best groups poised to push the label into the new decade! Titles include the huge hit "Smiling Faces Sometimes", plus lots of covers of cool tracks like "California Soul", "Like A Rolling Stone", "Ball Of Confusion", and "You Got The Love I Need".  © 1996-2022, Dusty Groove, Inc.
(Reissue with 11-97 etch.)