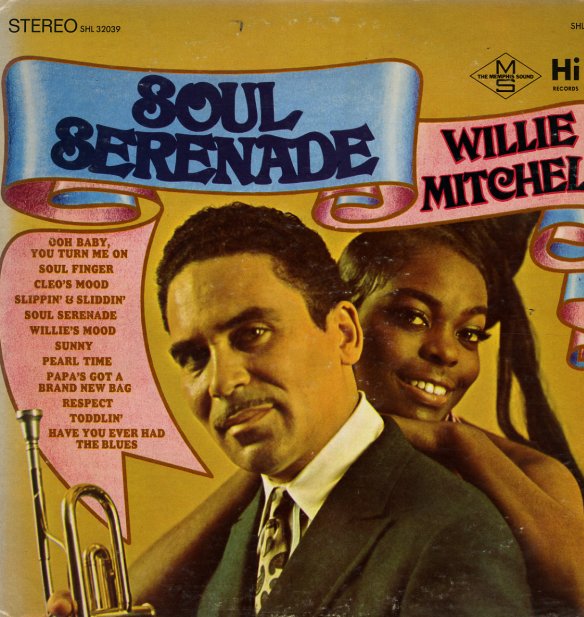 Raw Memphis style soul instrumentals from trumpeter/arranger Willie Mitchell and the Hi Records crew – a pretty fascinating chapter in the prime Hi Records story! Originally issued as Ooh Baby, You Turn Me On, it's really a showcase for some great tight short instrumental tracks, with a groove that's a lot rawer than the Hi material that Willie would produce later in the 70s. In fact, the album overall is a righteous batch of Memphis funk – with a sound that would make Stax pretty darn proud! Titles include "Ooh Baby, You Turn Me On", "Soul Finger", "Slippin & Sliddin", "Willie's Mood", "Sunny", "Pearl Time", "Papa's Got A Brand New Bag", "Pearl Time", "Toddlin" and more.  © 1996-2022, Dusty Groove, Inc.
(Original pressing. Cover light wear and aging.)

Come Softly
Cream/Hi Records, 1977. Near Mint-
LP...$6.99
After starting his career as a jaunty northern soul groover, with tracks like "Oogum Boogum Song" (not on this set), Brenton re-emerged during the 70s as kind of a smoother groover, with a sound that was a lot more sophisticated than the old days, and which showed Brenton to be a singer ... LP, Vinyl record album