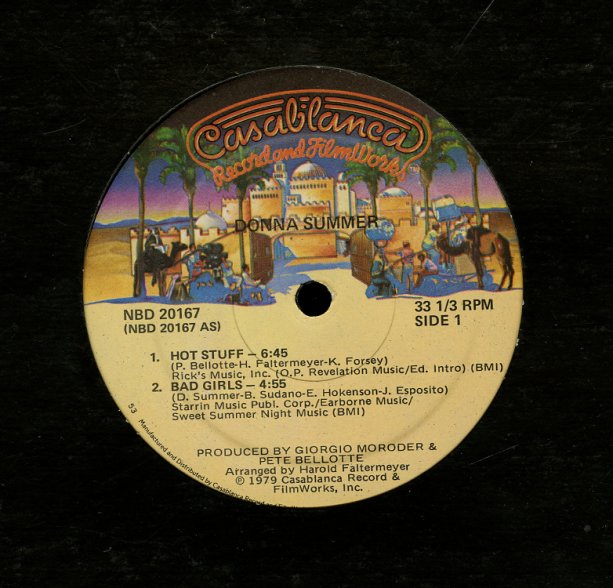 Agony Of Defeat (one-sided promo single)
Casablanca, 1980. Very Good+
12-inch...$8.99
Great late funky material from Parliament oof the Trombonipulation album! Although the date of the single is quite old, "Agony Of Defeat" is an excellent funky track, with a strident soulful groove – and a sound that's very similar to Funkadelic's "Not Just Knee Deep", ... 12-inch, Vinyl record

Hot Shot (voc, inst)
West End, 1978. Very Good
12-inch...$7.99
Karen's big cut, the only one we'll remember her for, and a big campy track in its day. Served up here on an original West End single, with vocal and instrumental versions both stretching past the 8 minute mark. 12-inch, Vinyl record

Computer Game (Theme From Circus)/Yellow Magic (Tong Poo)
A&M/Horizon, 1979. Very Good
12-inch...$7.99
"Computer Game" is one of the best early singles from this famous Japanese combo. The cut's got plenty of electronics, as expected, but it's also got a wonderfully soulful groove – with some Barry White-esque strings that provide a nice degree of warmth, and help the cut hit a ... 12-inch, Vinyl record

I Got My Mind Made Up/Wide World Of Sports
Salsoul, 1978. Very Good
12-inch...$6.99
One of the greatest tracks ever from this legendary Philly backing combo – a sweetly tippling bit of disco that really soars on this 12" single! The track builds with a full feel, then snaps into some clapping rhythms and funky guitar that show that that the group more than live up to ... 12-inch, Vinyl record